Greetings to all that have gathered here  ..
I’ve noticed that over the past 3 decades many of us have taken time out in life to find & TOTALLY HATE the works of this “Primitive” old school Hiphop Producer Pictured below ..
Yep … That every irritating   MAVERICK OF THE MPC  & LONG TERM BASHER OF BEATS 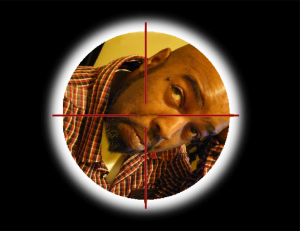 SO if u HATE him or his so called Badbwoy Riddims or  ANYTHING That bares the name , vibes OR any other so called  marks of  “The BEAST …… from da EAST” 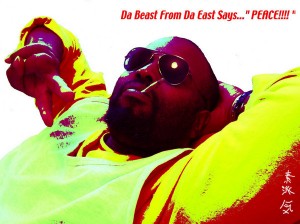 JUST LOOK@HIM
That’s the Guy with those..
mad corny mantra’s like “PUSH PADS not DRUGS” 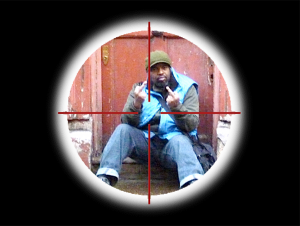 This Guy is on another level of putting his Grubby lil Chubby Hands where they dont belong since 1981, especially on various Classic  Music , Vintage Hardware/instruments  &  later on SAMPLES that he has got NO reason to BE messing with at all.  For a short time we thought it to be all over & done with until Dj GrazzhoppA ( DONT GET ME STARTED ON THAT GUYS CRIMES AGAINST AUDIO) gave him back his Faith In our then dying culture called HIPHOP in early 2012 . This lead to the self proclaimed “King of Couch” (or … SOFA KING GOOD@BEATS ) to regain his misplaced confidence  & to change his  name to  “Da SiccaViccA” & return to his old stomping ground “THE WORLD” . HOWEVER due to the Western Powers being focused on the lesser evils of the world Such as “Bin Laden , Gaddafi & Dengue fever ” the SiccaViccA was able to Release the “HIPHOP HONEY BADGER  VOL1″  with his new  partner in crime DJ Grazzhoppa , NEXT .. those 4 infamous hands became “THESE HANDZ” & have so far tormented basically anyone they could .

WARNING
WE MUST TREAT  THIS GUY AS A SERIOUS THREAT .
shocking info has also reached us that Sparkii Ski aka Da SiccaVicca
may now have the means to build his own MULTI MEDIA WEBPAGES !!!
PLEASE CLICK  below to add your support to our growing online
“STOP THOSE DOMAINS ” campaign

Not only has Sparkii Ski’s Skills been used without Mercy in the field of  HIPHOP since 1984 , he’s also been able to make his  UNCOMFORTABLE Presence felt LIKE A BAD FART ON A CROWDED TRAIN in Jazz & Reggae , Orchestral & even World Music with his recent  Sicca Ensemble “Glocal NeWz ” project.
NOTE
It’s the alarming way Sparkii Ski refuses to give up spreading what he refers to as “GOOD VIBES N CULTURE” that has forced me to gather as many of his WORKS & other Social Activities right here in 1 place for us to all continue to fully express our HATE for IT & HIM freely without fear or having to waste time looking around your local area or the web to find things of his to hate.
Remember DONT trust him TRUST me N hate all his ..
1 MUSIC
2 VIDEOS
3 WORKSHOPS
4 OLD SCHOOL PHOTO”S
5 Friends & influences
6 BLOG
7 Clothing Range

RIGHT HERE AT
EVERYBODY HATES SPARKII 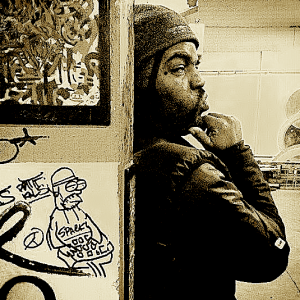 7 thoughts on “..EVERY BODY HATES SPARKII”